Studies have shown that the glycine, an amino acid, acts as a modulator in the systemic inflammatory response. This benefits microcirculation as it determines  the number of monocytes in the intestinal anastomosis.

The Protective Effect of Glycine

The protective effect of glycine against the oxidative damage caused by ischemia / repercussion has been clearly shown in recent studies.

The rats undergoing an integration of glycine have shown that the colonic wall thickness and its morphology is preserved.

The assumption of glycine causes a cutback / a complete absence of colitis (which was previously induced).

The integration of glycine could have a beneficial effect for the inflammatory intestinal diseases.

All glycine previously absorbed into the intestinal epithelium (absorption carried through the carrier GLYT1) protects all epithelial cells.

Role of Glutamine in Human Metabolism

This amino acid is the most abundant in the human body. It plays a role in the gastrointestinal and immune functions protecting them.

Recently, it has been shown that the chronic integration of glutamine could perform two beneficial functions especially when the organism is working out:

It has been shown that one of the main causes of Irritable Colon (IC) may be the increased intestinal permeability thus letting in all noxious substances, bacteria, toxins.

That is why glumatine plays a very important role in setting up a barrier for the intestinal mucus. 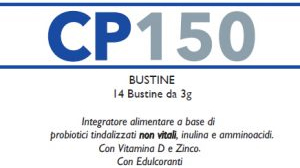